Another BOOM SHOW at the Supermarket. 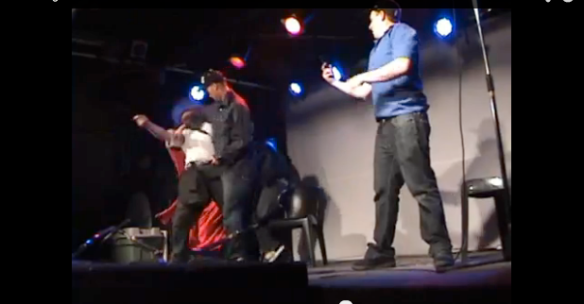 Getting PUNCHED in the face and getting laughs! I am like Peter McNeeley! The sketch is an idea where a magician (myself) named Marv Sterious, and his sidekick named Cantly AKA Frosty (Rhiannon Archer) are sitting in their chief’s office and getting screamed at by their chief (Tim Dorsch). Much like in buddy cop movies where the renegade police heros are being reprimanded by their police captain.

Anyway, the real cops show up because Marv is wanted for murdering innocent kids at a prior performance. The police who show up are played by the always convincing Jay Wells and Keith Pedro. After failing to negotiate a peaceful arrest with the disgruntled magician the police officers decide to shoot him (me).

I react to getting shot like 15 times. Seems like a funny excessive amount of times to be shot. Especially after uttering a threat to make the police officers disappear with a magic wand (It was a chop stick with black duct-tape on it). Okay, so we planned out a gag where after being shot a bunch, Keith (A cop) “stage combat pistol whip” me… adding insult to injury. Shot 15 times and then a PUNCH! That’s skit comedy gold. 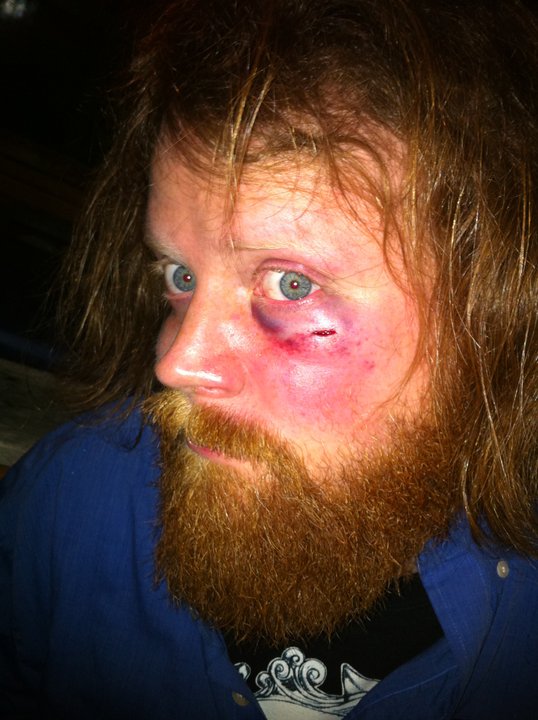 However, Pedro actually pistol whipped my eye. Oh, and the prop gun he was using was made of a heavy metal. Steal? Or Something like steal, like two steals? It was like actually being pistol whipped in front of people. I assume. I’ve never actually been pistol whipped. It didn’t hurt at all, but there was blood in my eye almost instantly. Most of the crowd thought that when I fell I placed fake blood on my face… but that was not the case.  I regained some semblance of composer and continued the sketch. Tim thought it would be a great idea to wipe the blood off my face by using his shirt sleeve. He just managed to rub his sweaty shirt sleeve through my cut. That was painful. He did it a couple times. He was looking out for me, and testing my pain threshold.

Here is the sketch filmed by Sarah Donaldson… interesting fact. It was the only sketch taped that night! I’m glad it was.  I hope you enjoy watching me getting punched as I enjoyed being punched. (I did enjoy it. It makes for a great war story).

Here is the follow up a week or so later: 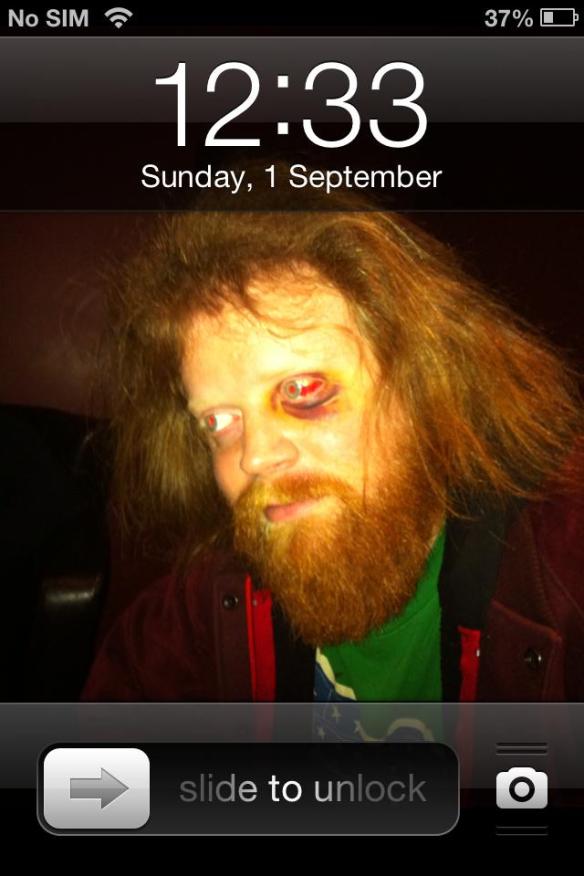 Tell me something... Cancel reply