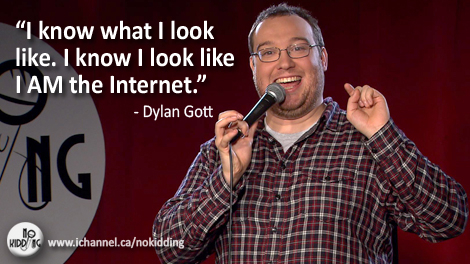 I feel Dylan Gott embodies what Nashville Pussy sings about! Dylan and I went to a couple of their shows here in Toronto. First time was a bitterly cold Monday, and they were performing late… They poured Jack Daniel’s (I never knew there was an apostrophe there) down our everyone’s throats, or at least tried to. Most of mine and Dylan’s shots went in our eyes. We got eye wasted! It was a great show!

This is “High as Hell”

The next time Dylan and I saw them was a couple years later. After this particular show we entered into the greenroom and tried to talk to them… we had entered in at the wrong time. One of the members (I won’t tell which one) had found out that a close relative of theirs had either just passed away or was very ill and taken to a hospital. We were then promptly yelled at to “Get the Fuck Out!” So we did as politely as we could after barging in apologizing the entire time. Blaine told us he would talk to us by the bar.

Dylan and I waited for about 10 minutes, the entire time feeling bad about the situation. When Blaine came out he came over to us. We cut to the chase and asked him if he would want to be in a “few comedy video skits?”

He said, he would love to and we would meet us Saturday on a stop over back from Hamilton. Dylan and I left and we were more excited than a couple school girls. A couple of school girls who just got out of school, so we were as excited as just regular girls, because girls just want to have fun, and that’s what we were having; fun! Capital FUN! I can’t spell out how excited we were except I can we were: E-X-C-I-T-E-D!

Next day we met at a coffee shop with Bryn Pottie and came up with about 6 short sketch ideas where Blaine was a father with to his son played by Bryn.

Saturday came: We had everything all set up. Filming went off without any real hitch. Nothing that a group of film amateurs with a handi-cam couldn’t handle!

The first one is the importance of DIET… hence the name DIET!

That was great… Now we have one that references a couple of their songs… you probably won’t get it, unless you know their music. This one he gives Dating advice.

He mentions a “Jack Shack” the shack where when life gets too tough you go and jack off at the shack of jack. Dylan’s there now. Say hi, if you see him.

Finally we have the heartwarming video of Blaine wanting to “be involved” in his son’s life.

Bryn in that take fell backwards and almost cracked his head off the kitchen stove, Blaine has now punch out Bryn and Bob Odenkirk (Run Ronnie Run) on camera, which I think is pretty cool.

Now if you’d excuse me… I’m off to the Jack Shack. Who’s with me?

Tell me something... Cancel reply